Posted on February 21, 2018 by Insurrection News 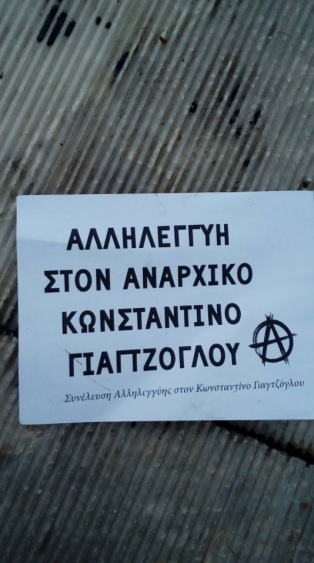 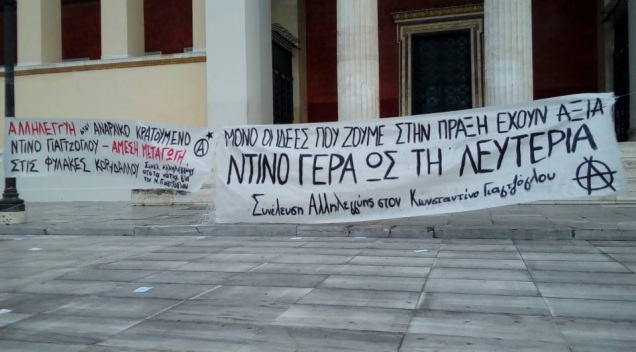 20.02.18: There was an open-mic event in solidarity with the anarchist comrade K. Yiagtzoglou at the Propylaea. Banners were hung, texts were distributed and leaflets were thrown.
This was a minimal sign of solidarity with our comrade who has been imprisoned by the hands of the State since 28.10.2017, accused of membership of the Conspiracy of Cells of Fire and of the parcel bombs destined for European officials that were intercepted at the Hellenic Postal Service office in Kryoneri, as well as the parcel bomb that exploded in the hands of former Prime Minister L. Papademos.

We call for a solidarity presence on 21/02 at the Court of Appeals on Loukareos at 09:00AM, where the comrade is facing court for a clash in 2011 during which they were arrested.

Nothing is finished, everything continues…

Strength and Freedom for Dinos