Chile: Noise bomb attack by Earth Liberation Front as part of the month for the Earth & against Capital 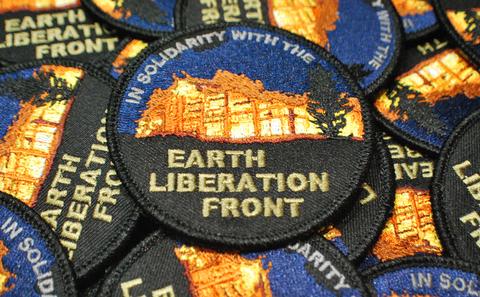 5th of July. Camouflaged by the city* we headed to a facility containing some excavating machinery along with several containers where some custodians were sleeping. We threw two noise bombs at the infrastructure as an attack against those who unquestioningly devastate the Earth with the protection of the authorities.

Strength to Natalia Collado! Your words fill us with frenzy and inspire us to contribute in some way (as minimal as this is) to the struggle against dominion.

We do not forget Sebastián Oversluij more than two years since he died in combat during an attempted expropriation. We embrace his actions and his ideas that he fiercely defended with his life. The defense of the land, the animals and the war against all filthy authority.

TO SPREAD THE ACTION AGAINST DOMINATION!
NATALIA COLLADO TO THE STREET!
SEBASTIÁN “ANGRY“ OVERSLUIJ PRESENT!

(via 325, translated into English by Insurrection News)

Website for the month for the Earth and against Capital (Spanish language):
https://porlatierraycontraelcapital.wordpress.com/

*this action was carried out in the city of Santiago

1 Response to Chile: Noise bomb attack by Earth Liberation Front as part of the month for the Earth & against Capital