Posted on January 21, 2016 by Insurrection News 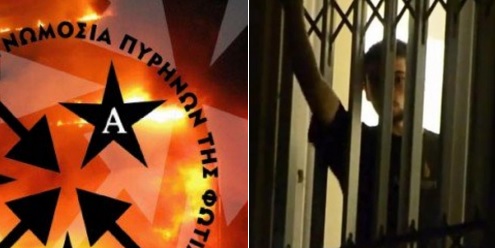 Yesterday on the 20th of January another sudden search was once again conducted inside the cells housing imprisoned members of the anarchist organization Conspiracy of Cells of Fire (CCF) as well as anarchist prisoner Nikos Romanos at Section A of Korydallos Prison.

The search was coordinated by prison official Victoria Marsioni who had previously made threats against CCF members involving disciplinary transfers to other facilities after they hung a banner in solidarity with the hunger strike of anarchist Evi Statiri.

It is most certain that Marsioni is not acting independently but receives orders from above and this recent search is merely another addition to a systematic exercise of pressure against the imprisoned members of the CCF, which is orchestrated by high ranking officials of the ‘leftist’ Ministry of Justice and Counter-Terrorism Police.

(via Athens Indymedia, translated by BlackCat)